How does the Peterson brass compare to the other makers of 28 Nosler? Recently Peterson tested the three main companies that make the 28 Nosler for sale in the US. The casings we tested, made by those other companies are quite soft.

28 NoslerAccording to Derek Peterson, president of Peterson Cartridge, “I went online to look for high pressure loads that handloaders are using for 28 Nosler. Specifically, I was looking for loads that were fast and hot. I found a few shooters who are using a load that is close to SAAMI Proof pressure (33% higher than max pressure). Using that load, we loaded up some of our Peterson casings as well as casings from the other leading brands. The second picture shows the results after one firing. So as not to be accusatory, we photoshopped out the company name from the headstamp of the competing brand.”

Peterson continued, “We used the same load in the Peterson brass and the competitor’s brass. Bullets were seated to the same depth in both, and muzzle velocities were within 3 fps of each other. You can see from the photo the pronounced plunger mark on the competitor’s brass. But no mark on the Peterson casing. Other signs of over pressure, in the rival brands we checked, included blown primers and very heavy bolt lift. The primers in the Peterson 28 Nosler brass held fine, and the bolt lift was normal. With one of the rival brands, the case head was so soft you could read the headstamp on the bolt face after it was fired.”

The designers at Peterson are smart about brass grain structure and webbing thickness, and they use that to design casings which:

The 28 Nosler is a great long-distance big-game caliber that takes advantage of the newer, high BC, 7mm bullets. In addition to unprimed brass casings Peterson also offers 28 Nosler in loaded ammo.

Peterson Cartridge Co is committed to producing Match-Grade Brass that enables our customers to get more reloads per casing than industry average. 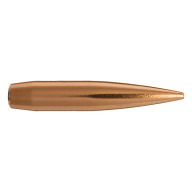 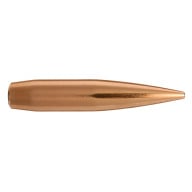 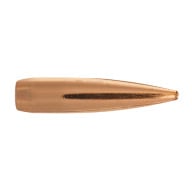 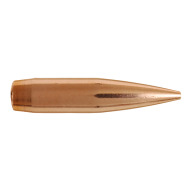 By David K. on May 25, 2020
Peterson brass is the cream of the crop. Very well made and produces very consistent brass with specifications that at least match, but in my opinion exceeds the quality of Lapua brass. I can make ammunition as every bit accurate as anyone can no matter who.

By Kevin M. on May 22, 2020
Really nice brass and @ a better price then the competition. Ammo case is a nice extra touch. Very consistent. I'll buy more.

By William P. on May 13, 2020
Very consistent from weight to neck thickness. I do ream all primer pockets to consistent depth even though they did not need it. I also ream flash hole which again probably did not need it. I have tried lots of different name brands and have found these to be the best so far. Need more firings on them to know for sure. Price is the key and paying less than other brands but man they are far better. They came in nice 50 count chard case (like a mtm clear case). Annealed very well and will continue to anneal after every firing. Took a little while to ship but because of the covid-19 situation I understand. Just remember to lower loads a little don't go full bore.

Exceeded my expectations for 28Nosler brass

By John L. on Apr 20, 2020
I ordered these a couple weeks ago, and once recieved, I could immediately tell that this brass was going to be far superior to the Nosler and Hornady brass that I have used recently. I randomly selected multiple pieces and checked weight, length, and neck thickness, and they were all very close in weight, exactly the same length, and the neck thickness was also uniform throughout all the pieces I randomly checked. They appear to already have the necks swaged, and I truly could have loaded them right out of the box, because after running 25 cases through my neck sizing die, they came out exactly the same dimensions as they were prior to sizing. Compared to the Hornady and Nosler brass, the Peterson was a little over 20gr heavier per case, and still maintained 99gr of H2O capacity. I loaded 25rds up and took them to the range for testing a couple different loads, and they were very consistent as far as velocity went as well. So far, they're great, and I will stop back after I hit about 3 firings on them, because that is where the Nosler and Hornady started losing primers. If these go past 5 firings with my loads, they're worth every penny.