This is a Bulk package of Peterson Cartridge casings, they will not come in one of their plastic ammo boxes.

Introduced by Norma in 1999, the 6.5-284 Norma is a standardized version of a concept that gunsmiths and wildcat fans have been doing for years.  The story began in 1963, when Winchester introduced a new rebated head cartridge that combined the case head of a .30-06 sized cartridge with the fatter body of a belted magnum, resulting in a short action powerhouse known as the .284 Winchester.  Soon thereafter wildcatters began to use it as a blank canvas to create several new cartridges over the next few decades.  It wasn’t until 1999 when Norma submitted a 6.5 mm version with a 35-degree shoulder and an overall case length of 2.170” that the 6.5-284 became readily available.  It quickly became a favorite among long-range shooters due to a combination of case capacity, accuracy, and comparatively low recoil.

“We decided to develop the tooling to produce the 6.5-284 Norma based on the success and popularity of that cartridge in the 600 and 1,000-yard Benchrest and F Class communities” Peterson Cartridge president Derek Peterson said.  “We want to provide our customers more options in our lineup of long-range cartridges and the 6.5-284 is a logical choice for those who want to launch high B.C. 6.5mm bullets at speeds in excess of 2,900 fps.” 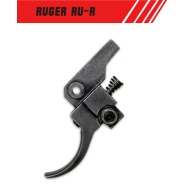 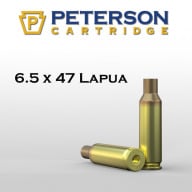