Bore Tech Shotgun Blend Bore Cleaner is a specialty, cutting edge bore cleaner that is 100% barrel safe, biodegradable and easily outperforms the competition without any hazards, toxicities or offensive odors. Shotgun Blend rapidly removes the powder, lead and stubborn wad fouling produced by today’s shotgun ammunition. It is time to bring your Shotgun cleaning into the 21st century.

Shotgun Blend’s proprietary formulation features a combination of chemicals that contains no ammonia, no offensive odors and is 100% biodegradable. It has the ability to simultaneously cut through the layers of lead, carbon and plastic wad fouling that accumulate inside the barrel.

Shotgun Blend uses an exclusive blend of surfactants, penetrants and releasing agents to penetrate and lift lead and plastic wad fouling off of the barrel’s surface. The proof is on the patch, so do not be surprised when you see flecks of lead and strands of plastic wad fouling coming out the end of your bore!

Bore Tech’s Shotgun Blend is the choice for discriminating shotgun shooters who demand nothing short of total performance from their shotgun. 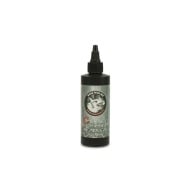 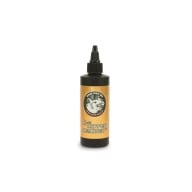