Cascade Cartridge International has been loading rimfire ammunition in Mexico since 1959.  Quality components and reliable performance. Blue box ammunition is the perfect practice round for target competition. 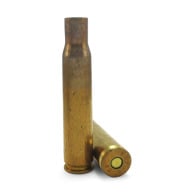 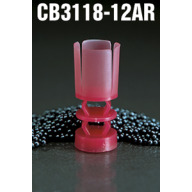 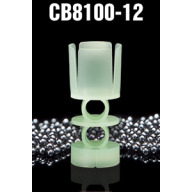 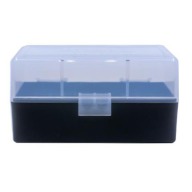 By Tom S. on Jan 20, 2020
Didn't know what to expect with cascade standard velocity.but was pleasantly surprised. It shot very well. No complaints. Won't be my first choice but fun to shoot. Even picked up a couple more boxes

By Ken D. on May 29, 2019
I’ve been very pleased with this ammo in the past.
This new batch of ammo, however, was quite disappointing. Consistency was awful. Nearly every magazine load had at least one bullet that sounded like a high velocity round. These louder rounds all impacted quite a bit lower on my targets. I ended up with two distinct groups on my targets.
It was like they had mixed standard velocity with high velocity loads in this lot of ammo. It all looked the same so there was no way to tell what it was going to do. Shooting this stuff was very frustrating.

By Tom F. on Jan 07, 2019
Seems to function well in S&W Model 41 and Colt Woodsman Match Target. Very hard chambering in old Model 52B Winchester and new Savage MK II target rifle (also failure to extract in Savage - had to knock case out with a cleaning rod). Very hard to chamber cartridges in S&W Model 17 and Model 18 Revolvers unless you bush each chamber after firing. The Model 17 cylinder rotation locked-up several times with this ammo (these revolvers work fine with a variety of other SV and HV ammunition). Have not been able to do any accuracy testing yet.

By Ken D. on Dec 28, 2018
I shot this ammo in two different Anschutz 1416 rifles and a S&W SW22 Victory pistol. It was consistent and quite accurate. I was pleased with this ammo and ordered more of it.

By Daniel T. on Dec 20, 2018
I bought a brick to try functioned through a bolt action fine and was pretty accurate at 25 yards.

By JARROD A. on Dec 20, 2018
Great ammo for silhouette shooting in bolt gun. I will be buying more for my upcoming matches.

By Duane E. M. on Dec 13, 2018
Target round at 25 yards is fairly decent but not at 50 yards. Shot 2” groups @50 yds. And after 3 rounds FTE empty cases in a bolt action Savage FVSR. These cases have a lot of wax build-up on them. Had to wipe/clean each case to keep cases from getting stuck in chamber.
For comparison I was shooting the 50 gr Subsonic round from Ci and every one of the nickle plated cases extracted without fail.

By Wilbur S. on Mar 24, 2016
I bought one brick to try it out. This ammo will not cycle my browning buckmark. I will have to use it up in one of my revolvers.