Cascade 22 Long Rifle Bird Shot loads are loaded with #9 and #10 lead shot and the perfect choice for pest control.

Cascade Cartridge International has been loading rimfire ammunition in Mexico since 1959.  Quality components and reliable performance. 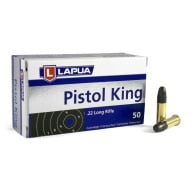 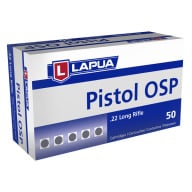 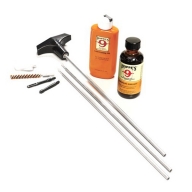 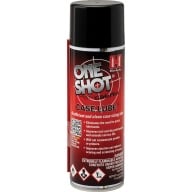 By Ben G. on Jun 03, 2020
I have a Savage smooth bore bolt action and every empty casing gets stuck and you have to use a rod to push out or pry it out. I'm not happy at all.

By RAYMOND S. on May 28, 2020
They work great in my Henry smooth bore. Took care of my Squerrel problem. Good price also.

By Walter L. on Apr 19, 2020
I bought a few boxes to try them out and much to the dismay of the horde of chipmunks invading my home my home turf they work great:) I may need to get more.

By Kurt U. on Mar 17, 2020
American 22 birdshot is #12. It has a more dense pattern, but range is limited. These #10 are the solution. With a smoothbore 22 (I have a Henry Garden Gun) 15 yard groups are very uniform and about 8” diameter. The extra energy extends the range of smoothbore 22. Highly recommended!

By Elliott H. on Feb 04, 2020
Carries more energy than the #12 shot from other manufacturers. Shot out of a smooth bore, it holds a decent pattern. Since it is crimped, if shooting from an auto-loader, you may have extraction issues from the crimped end expanding against the chamber.
Best for the tougher critters. It doesn’t have as many projectiles as the #12 shot, so shot dispersion isn’t as filled.

By Gary G. on Dec 24, 2019
The Cascade Birdshot rounds will fire but they won't extract. I've fired these rounds in a couple .22's, a pistol and a rifle and none of the fired casings would extract. I would, literally, have to hammer them out of my guns.

By Loren A. on Oct 02, 2019
Excellent service, fast shipping, and an excellent 22 long rifle shot product ! Shoots well and ejects readily, what's not to like.

Do what they are supposed with a issue or 2....

By Cary C. on Jun 27, 2019
I bought these for my Heritage revolver so my wife could use it for copperheads in the yard instead of the Taurus Judge which she thinks has too much recoil. They do work, they will kill a snake; but 2 caveats be close and make a head shot or a couple of body shots. They also have a hard time extracting after being shot. I would not use them in any sort of rifle or high dollar revolver. Compared to other 22LR shot-shells these are dirt cheap especially vs CCI. So use them but understand their imitations.

By Glenn F. on Jun 11, 2019
Works great for control of rats, mice, snakes and any other unwanted varmints. All brass construction so no cracked plastic shells like on the CCI shotshells. Very economically priced too, a 50 round box is cheaper than a 20 rounds box of CCI.

Contains both no.9 and no.10 shot sizes

By Jeffry Y. on Jun 05, 2019
Around 3 decades ago a special older friend showed me how much more effective Federal crimped 22lr in no.10 shot was over both crimped no.12 and the plastic capsule no.12. He used them in both a rifle and a revolver. It was how close a pattern and the amount of penetration that no.10 shot from a 6 inch barrel that surprised me. I have since used this in my 61/2 " Ruger action up to 7 ft. on crawling varmits with them simply giving up on only one head shot. On testing these Cascade shotshells the results are the same but with better penetration and more shock effect . Both sides of a "tin" can are penetrated with significant inward folds of the metal surrounding each hole on /In the front side. A strong extractor is needed as the case adheres well to the chamber wall. For my purpose they actually are better than my S&W 651 with 22 MAGNUM no12 shot. I am very glad I tried them .

This stuff works great in an old smoothbore Remington 510

By Scott M. on Apr 18, 2019
My uncle, cousin, and I were out shooting one day. I brought my Remington bolt action 510 with smoothbore barrel. I came up with the idea to put out some balloons at about 32 yds. We all shot one shot at each balloon with the Cascade bird shot. We each hit it. Just for the fun of it we put three balloons at 50 yds. Believe it or not we ALL 3 broke the balloons with the Cascade 22LR #9 and # 10 bird shot. Tried Federal bird shot with the #12 shot at 50 yds and it wouldn't break the balloon. Highly recommended in a smoothbore 22 long rifle. I hope they keep making these. I will buy many more of them for pigeons/starlings in the barn. They work wonderful.

By Tom N. on Dec 21, 2018
haven't fired any yet but inspecting the cartridges show good quality and at the price Graf's has would recommend this value item.

Better than other brand shot cartridges.

By Vincent m C. on Nov 30, 2018
Found the 9 & 10 size shot to be a much better medicine when dealing with ground squirrels, it just rolls them over.

Very surprised at this rounds performance.

By Scott M. on Nov 30, 2018
Since these have #9 and #10 shot instead of the #12 in others decided to see effective range. Shot at a balloon at 38 yards not expecting anything. The balloon popped. Next a balloon at 50 yds. IT broke as well. This is with an old SMOOTHBORE Remington 510 targetmaster made for shot. Did this three times with three different shooters and all times the balloon broke at 50 yards. All three of us were Amazed. Highly recommend these for pest pigeons, starlings, chipmunks at 15yds or so in a SMOOTHBORE rimfire.

By Vincent m C. on Nov 24, 2018
This ammo feeds great in my Henry Silver Boy rifle. Deadly on ground squirrels too.

By Morgan W. on Oct 29, 2018
Having used Winchester shot shells before in my Single Six for rattle snakes, I thought I'd try some of these to compare them to. The Cascade brand uses #10 shot as opposed to the #12 in the Winchester shells and you can see the difference in the pattern and size of the holes. I didn't have any snakes handy to try them on but just a cardboard sheet. One of the shots had a bigger pattern to it and when I tried to eject the empty case, I wasn't able to get it out of the cylinder. I ended up having to take a rod at home and drive it out with enough force that it concerned me as to how safe these rounds are. I didn't shoot many out of the box but I never had that problem with Winchesters and I've shot a lot of them. All I would say is to use caution if you shoot these and maybe carry a rod and hammer with you just in case. Also, the wad they use punched through the cardboard on almost every shot too so if the shot doesn"t get 'em maybe the wad will!

By Cory K. on May 17, 2018
So far it goes bang every time. I was hoping this would be a cheaper alternative to federal or cci no 12 shot but the larger shot size makes it much less effective. Also it’s extremely dirty and this is the first time I have ever had to clean my 22 revolver to keep it from malfunctioning. I would not recommend this ammo.

2 of 2 customers found this page helpful. Submit your own rating by logging in.