Utilize our premium performance, consistent quality new powder offerings the next time you pull the trigger.

WARNING: This product can expose you to chemicals including N-Nitrosodiphenylamine and Di-n-butyl phthalate, which are known to the State of California to cause cancer and birth defects or other reproductive harm. For more information go to - www.P65Warnings.ca.gov.

Warning: Not all powders are the same. Please refer to the manufacturer's load data. 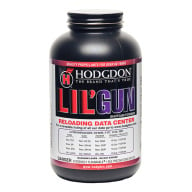 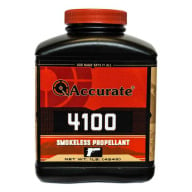 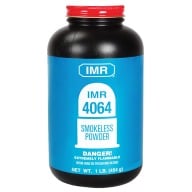 By Sofia M. on Dec 26, 2015
This is the best magnum handgun powder on the market imho. It provides top velocity with very low extreme spreads and it does it with standard pistol primers which is a big plus for me. It also doesn't erode the forcing cone of your revolver after prolonged use like Lil Gun does. I Like it so much that I no longer use H110\W296 for my 357 and 44 Magnum loads. The drawbacks are there's not much data for this powder available even though it's been on the market for a couple of years now. I've emailed Alliant and they said they're going to expand their load data for all their powders soon so we'll see if that situation improves. Your best bet for load data right now is the Hornady and Lee manuals and of course the Alliant website. Hornady uses magnum primers so their data is a little more conservative than the others. Handloader Magazine also has some very good articles available online in pdf format including heavy 45 Colt loads. The other drawback is that it's a slower burning powder than H110\W296 so you have to use a little more powder than you would with H110\W296, but it's a little cheaper than those powders when I've been able to find it locally so it pretty much evens out in that respect. I highly recommend it.