The original, time-proven formula developed by Jim Brobst and produced under exclusive license. J-B has been getting burned-on, caked-in powder residue and copper jacket fouling out of gun barrels since the 1960’s, and hasn’t damaged an inch of rifling yet. Today, J-B once again proves itself a champion by the way it easily cleans the dirtiest, moly-fouled barrels.

A unique combination of ingredients and a one-of-kind, multi-step mixing process give J-B its special characteristics. They work together to cushion the abrasive action; the soft paste liquifies as you use it, then wipes out of the bore easily. The non-embedding feature means there’s no abrasive residue left behind which might keep "cutting" after you’ve finished cleaning.

J-B has been a favorite on gunsmiths’ benches for years, as a "magic" cure for customer guns that "...just won’t shoot anymore". These pros know that a good scrubbing with J-B often restores accuracy. Match and varmint shooters put a lot of rounds down range, many of those using moly coated bullets. The large amounts of copper fouling and the burned-in moly can create a cleaning nightmare; J-B makes short work of it. Use J-B with the Lewis Lead Remover to get the last speck of leading out of pistol bores. Shotguns combine lead, powder and plastic fouling to really throw patterns off; J-B cleans it all out quickly and easily. 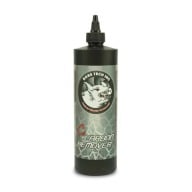 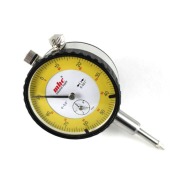 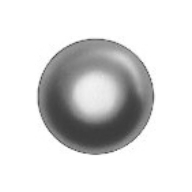 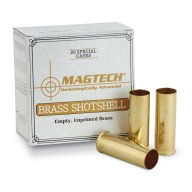 By S Peter P. on Jul 13, 2020
I have been using the old time JB for years. The 1/4 OZ container is just the right size to fit in my field cleaning kit. After cleaning with solvent, patches, and brushes the JB always gets more fouling out. Real effective in quickly removing fouling from leade or just in front of the chamber.