The CPS was designed to address the need for a robust and precise high-volume primer seating tool. The limitations of other priming tools are self-evident to those that have used them for a 300, 500, or 1000rnd priming session. Hand priming tools can cause extreme fatigue in your thumbs and hands. This is especially true when you have a batch of brass with tight primer pockets.  The bench-mounted units are often quite a lot safer, but generally much slower. They also often lack the same "feel" you get with the hand priming tools.

Recognizing these deficiencies, we set out to design the worlds best priming tool, with all of the strengths of other units, but none of their weaknesses.

Good for right-handed or left-handed use. The handle on the CPS can be moved to accommodate any bench position or priming style you prefer.

Speed, without sacrificing precision or reliability. Some priming tools are very fast. Others are very precise. The CPS is the only priming tool to combine both features into a single unit. You can achieve seating depths accurate to within a thousandth of an inch, all while priming at a comfortable rate of over 20 cases per minute. At that pace you can easily prime over a thousand cases per hour.

Absolute precision primer seating depths. Precision rifle shooters know that one of the keys to reducing your extreme velocity spread is to ensure consistent powder ignition. The CPS has a revolutionary adjustable shell holder system which allows you to raise and lower your case in relation to the priming rod. You can seat the primer deeper or shallower in .001" increments. The adjustment mechanism has tactile and audible clicks to ensure you stay on your desired seating depth. One click = One thousandth of an inch adjustment.

Universal primer tube loaded. You can use nearly any brand of primer tube for simple and effective loading of primers into the tool. No more plastic trays to break or fumble with. As long as the tubes have an outside diameter of .312" or so, you can use them with the CPS.  The unit now ships with the new DAA made small rifle and large rifle priming tubes.

Integrated shuttle feeding system. The CPS uses a manually-operated shuttle system to slide primers from the primer tube into position over the primer rod. This ensures that any jams or misaligned primers are easily and safely discovered by the operator. Slight finger pressure is all that is required to position a primer for seating. Sliding the shuttle rearward until it stops will capture a primer from the primer tube. Sliding the shuttle forward will position the primer over the priming rod.  This is an effortless motion which completely isolates the primer being pressed into the case from the rest of the primers in the primer tube.  The manual operation also ensures that you will be able to feel any malfunctions immediately and allow you to stop if a jam occurs.

Bench-mounted for rigidity and stability. The CPS is a bench-mounted priming tool. This ensures a controlled and static orientation of the case being primed, so that if a faulty primer detonates, the blast will be directed straight upwards through the case mouth rather than in a random direction. Being mounted to a bench also allows for a consistent technique and operation of the priming tool.

Rotational drive system. Nearly all other priming tools on the market utilize a pivot drive system to provide leverage. The drawback with those systems is that the amount of force required to achieve the desired leverage changes through the tools range of motion. Unlike pivot-driven designs, the CPS provides an accurate and constant feel through the entire range of motion. This, combined with the extreme strength and rigidity of the CPS ensures that you will "feel" each primer as it is being seated. This is important so that worn out brass can be identified and culled when you feel a loose primer pocket. 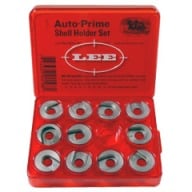 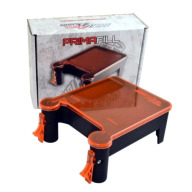 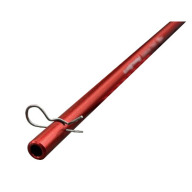 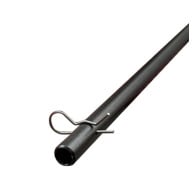 By Ricardo H. on Dec 22, 2022
This is precise and well made, arguably the best primer tool on the market. The CPS is solid and I'm sure my grandkid's grandkids will enjoy using it too. It comes well packaged and Grafs got it here sooner than expected.

By Bruce L. on Nov 17, 2022
This CPS is by far the best Primer Seater in the industry. I've used my RCBS Automatic Primer Tool for nearly 20 years and I'm very happy with this professional upgrade. Thank you to Greg Dystra for inventing this great tool along with his PrimeWhere Depth Gauge. You won't regret owning one of these Primer Seater Tools. I love mine. Great to work with Graf's and Sons with fast shipping and great customer service.

By Mark S. on Nov 16, 2022
This is the best priming tool I have ever owned. It is fast, accurate and easy to use. It just does the job very well.

By Dillon R. on Oct 18, 2022
I also have the primeware measuring tool. I’ve seated and measured a few hundred cases of 300 BLK and 460SW. You can move the dial one click and see the .001” change in seating depth on the primeware. Using both tools is confidence inspiring.

By Kelvin M. on Oct 17, 2022
The build quality and functionality of this primer seater is amazing. Grafs as usual shipped it lightning fast with no hassles. Perfect.

By Dragos C. on Oct 07, 2022
Sometime less is more…the product is phenomenal!!!!!…..shipping and communication above the board A+++

By . on Aug 14, 2021
I have used several primer seaters and this one is hands down the best. I have had it on my bench for about 5 years and would buy it again in a heartbeat. You will not regret this purchase.

By Clayton K. on Jul 09, 2021
This device is the standard of ease and action that others can only wish to aspire to. A priceless investment in a high quality piece of equipment. I wish I had found this sooner.

By Jonathan R. on May 20, 2020
Simple to use, very precise, easy set up. Hand no longer aches after priming a few hundred rounds. Great addition to my reloading bench. Graf and sons had great cs and fast shipping.

By Alex N. on May 05, 2020
The most precise, convenient and easily setup primer seater in the market. The hard stop removes any variability in primer depth and the repeatability is perfect. There is no doubt that the consistency of my primer seating depth contributed to an improvement in SD & ES. Verified with Labradar on 200 rounds. Reducing primer seating time exponentially contributes to much more pleasant loading experience. This was the missing component in my loading room. Money well invested for taking primer seating up a notch. Great product and nothing that I know off to compete with it.

3 of 3 customers found this page helpful. Submit your own rating by logging in.