Armscor is the largest arms and ammunition manufacturer in SouthEast Asia. They are an ISO 9001 Certified Company. These full metal jacket bullets feature a copper jacket with lead core. This is not loaded ammunition. 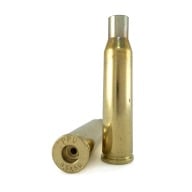 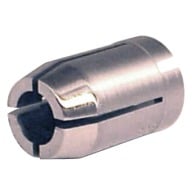 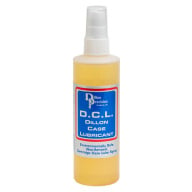 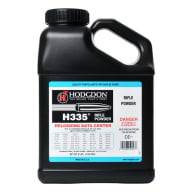 By David V. on Mar 02, 2020
Easy to load because of boattail. Not expecting a lot because of price. Did not sort by weight as others suggested because of time

By Perry S. on Jun 27, 2019
I ordered 500 Armscor bullets to load for the AR-15s we have. They are supposed to weigh 62 grains, and since my son wants to work up an accuracy load, making sure each bullet weighs the same is important. It removes one of the variables.

By Thaine C. on Apr 22, 2019
These will not group unless you sort by size and weight. Cheap but maybe not worth the troublle

By Edward D. on Oct 05, 2018
I purchased these to develop a load for my 5.56 pistol, and found with the right combination of components these would produce consistent 1" groups. The cost is substantially less than name brands, and for practice these can't be beat.

By Alex Q. on May 16, 2017
I've had terrible results with these projectiles. I thought I had issues with my optic, but soon discovered it was these bullets. Couldn't get them to group consistently at 50 yards. Maybe 1 out of 10 groups would be ~1", but most opened up to 2-3". I've tried a wide spectrum of powder charges with the same results. Berry's and Hornady 55gr projectiles are better options. I still have around 500 bullets that I will end up melting down or give away.

By Gary G. on Mar 27, 2017
No matter what powder or crimp couldn't find anything that was that could group tighter than 2.5" moa. Bullet weight varied to much. Stick with hornady 55 hpbt sub moa out of 3 ars.

By Jeff M. on Oct 21, 2016
I was looking for some 62grain cannelured bullets to develop loads for a new AR chambered in 5.56 NATO with a 1:7 rifling. I found these and thought I would give them a try so I ordered 200 for testing and load development. Just came back from the range today. I must say that I am a little disappointed with these Armscor FMJ-BT 62grain cannelured bullets. During the seating process, I was never able to get a consistent COL. Out of only 30 cartridges loaded, I had a Cartridge Overall Length variance of over 15/1000s of an inch, all bullets from the same batch. For example, I was working for a COL of 2.250" but without changing the seating die, I had COLs from 2.244" to over 2.260" inches. To me, this indicates an very inconsistent ogive. As expected, the trip to the range with favorable weather conditions of 65 degrees F and wind of 3 mph and less, verified this inconsistency with 10 round groups at 25 yads printing between 2.5" to as large as 3.25". With identical loads using Hornady V-Max 60grain flat bottoms, I was able to print sub 1" groups. The Hornady bullets produced a 1/1000s inch variance in COL and I was able to easily seat most of them to my target COL of 2.250". I realize the cost of the Hornady V-Max bullets are nearly twice the price, but at only 25 yards, I can't believe these 3"+ groups from the Armscor bullets. Although I haven't weighed more than the first couple of bullets I pulled from the box to verify that they are 62 grain bullets prior to reloading, I suspect that there will be a substantial weight variance as well. I suppose these bullets would work well for breaking in new barrels, or plinking, but I wouldn't want to use them for hunting or target work. Just my experience, your mileage may vary.