Sharp Shoot R Precision Inc. announces a great new product for shotgunners “WIPE-OUT ‘NO-SWEAT SHOTGUN BORE CLEANER ™” . This is the first product of it’s kind to address the issues involved in easily cleaning a shotgun barrel. We call this product ‘“WIPE-OUT ‘NO-SWEAT SHOTGUN BORE CLEANER ™” because of all the hassle that has been associated with the complicated and laborious task of cleaning these firearms. Shotgun shooters now have a specific product made just for the problems associated with  leaning a shotgun barrel. The new product is the first to answer to this problem!

The recommended use for “WIPE-OUT ‘NO-SWEAT SHOTGUN BORE CLEANER ™” is to apply it and let it set to dissolve the fouling from the barrel for at least 30 minutes The product has a working life of more than 24 hours. However, many shooters will find that they can clean a barrel completely, however in under 10 minutes. This can be a particluar advantage to those shooters who need a product that will clean in the shortest time possible because they have severe time constraints. The general shotgun shooter falls in to this group because they all have minimal amounts of time to clean their firearms, and more importantly minimal amounts of patients. Shotgun shooters know that after repeated firing you will have lots of carbon and powder fouling as well as lots of fouling from plastic wads. This plastic fouling along with powder fouling and carbon produces erratic patterns.The drag on wads as they pass thru the barrel just ahead of the chamber is what is the specific cause of the degradation of accuracy. This plastic fouling will build up into a complete ring, ahead of the chamber.

“WIPE-OUT ‘NO-SWEAT SHOTGUN BORE CLEANER ™” was developed to answer those problems and many more, because it dissolves fouling without brushing.

“WIPE-OUT ‘NO-SWEAT SHOTGUN BORE CLEANER ™” is extremely easy to use. You apply to the muzzle or chamber and depress the button on the can top and fill the barrel.

While “WIPE-OUT ‘NO-SWEAT SHOTGUN BORE CLEANER™” is still wet in the bore you simply patch out after 15 or 20 minutes. If your second patch comes out clean, your done !

“WIPE-OUT ‘NO-SWEAT SHOTGUN BORE CLEANER ™” is as safe to use for all metal finishes as well as both stainless steel and carbon steel. Loss of accuracy ( i.e. pattern density or blown patterns is the by product of plastic fouling from wads. This fouling is extremely difficult to remove because it is literally bonded to the barrel or choke. When these shotguns get fouled without cleaning after they have been used in a prolonged shooting session, can be nearly impossible to clean in a single session. The barrel and choke will become fouled with gun powder residue as a result of combustion, additionally: other materials are deposited internally to the barrel, carbon , or plastic from wads. These are the most difficult to remove and are the greatest cause for the loss of accuracy in a firearm. Most traditional shotgun bore cleaners are in one of three categories:

The criteria for this new product “WIPE-OUT ‘NO-SWEAT SHOTGUN BORE CLEANER ™” it self is a revolutionary new product that solves all the problems encountered with conventional shotgun cleaning. Sharp Shoot R Precision developed this product with the aid and consultation of competitive shooters, gunsmiths, and manufacturers within the firearms industry. 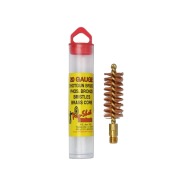 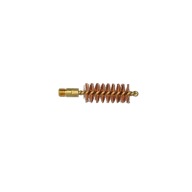 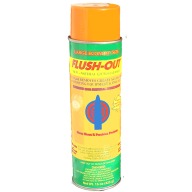 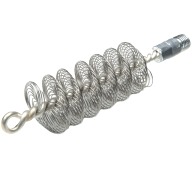