Prvi Partizan was founded in 1928 and today produces over 350 types of rifle, pistol , revolver and small arms ammunition. Prvi Partizan bulk bullets feature a lead core and copper jacket. Imported from Serbia. This is not loaded ammunition. 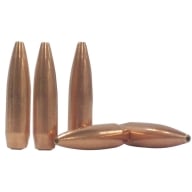 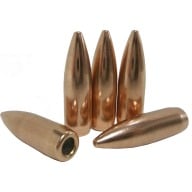 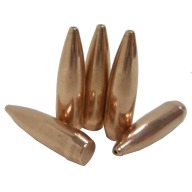 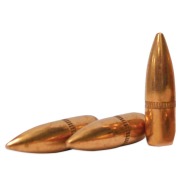 By Daniel G. on Aug 23, 2019
Really a nice quality bullet and very reasonably priced. This is now the primary brand I use for my service rifle reloading, displacing another well-known brand for quality issues. The 69’s that I ordered were in sturdy, factory plastic bags. Pleased with Graf & Sons service.

By Carl C. on Jun 20, 2019
This is my second order of these bullets. The performed great at 100yds with Varget powder in my Match AR, 20" barrel, 1 in 8 twist. They do as well or better than more expensive brands. The order was processed very quickly and was well packaged. Graf & Sons are one of the best reloading suppliers.

By Carl C. on Jun 20, 2019
This is my second batch of these bullets. I found them to be very accurate at 100yds. with Varget powder in my AR 15 Match rifle, which has a 1-8 twist and 20 inch barrel. They shoot as well as several other brands of match bullets, which are higher priced.
The order was promptly filled and well packed.

By Aubrey S. on May 15, 2012
These bullets (using the same Alliant Reloader-15 load listed for the Sierra 69 grain Match Kings shoot just as well for a bit less money out of my Savage 10FLP Tactical with a 24" varmint contour 1 in 9 twist barrel.

I had tried 100 of them to see how they did and couldn't be more pleased. I just ordered 700 more along with some of the Lake City primed brass with neck sealant.