Featuring a 40-degree Ackley-type shoulder and 10 percent more case capacity over the parent 6mm BR case, the 6mm Dasher has been used to set records in the 600 and 1,000-yard benchrest community, and has become a favorite among competitors in the Precision Rifle Series as well.

“The PRS community and the long-range benchrest guys are groups that are important to us” stated Peterson Cartridge president Derek Peterson. “We already make most of the common PRS cartridges, so the 6mm Dasher was naturally next in line for those guys looking to compete with a long-range 6mm, with minimal recoil. The 6 Dasher is one of those cartridges that packs a ton of power and performance in a tiny package, and we decided to make them based on requests from our friends in these disciplines” Peterson said.

The 6 Dasher made by Peterson are offered in Small Rifle Primer (SRP) pocket size only. They have a .060” flash hole diameter, same as Lapua’s small rifle primer pockets. They will require a small de-capping pin, just like Peterson’s 6 BR casings. There is no SAAMI or CIP spec for 6mm Dasher. So, the caliber development guys at Peterson had to decide which dimensions they were going to make their casings to. Regarding Length-To-Shoulder (LTS), Peterson consulted the Sierra, Berger and Lyman reloading manuals and designed the Peterson 6 Dasher casings to comply with the guidance from all three manuals.

Regarding Overall Length (OAL), Peterson researched all the popular chamber reamer sizes, and decided to make its casings with an OAL of 1.53” + or - .0005, so they’ll fit in the common 6 Dasher chambers. The base diameter of Peterson 6 Dasher is the same as the base diameter of its 6 BR casings. Plus, these Dashers have the correct neck wall thickness of .0013”.

Peterson concluded, “No more need to fireform or hydroform 6BRs. Now you can get properly headstamped 6mm Dasher, with the ideal neck wall thickness and harder heads than the other competitors.” 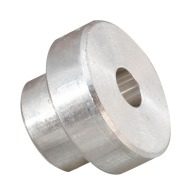 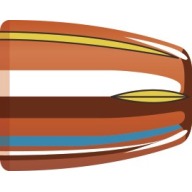 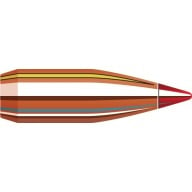 By Don S. on Nov 24, 2020
Very well-made uniformed brass. I don’t know how many firings this brass is good for but stay tuned. Don’t speculate, just buy.

By Timothy C. on Oct 13, 2020
I am reporting my likes about the Peterson 6 Dasher brass. Its weight is very uniform also the neck thickness although thicker than what I have used in the past was very consistent. I am very happy Peterson decided to make Dasher brass.

By Hurtford S. on Oct 07, 2020
It is a lot heavier than the fireformed Lapua, so do adjust your loads downward and work up