Hornady lead pistol bullets are pre-lubricated, extra-hard and cold-swaged for total uniformity and balance. Our exclusive knurling system retains lubricant over the entire bearing surface to reduce leading in your barrel. 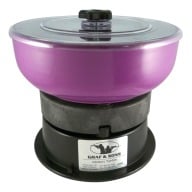 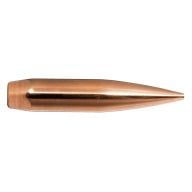 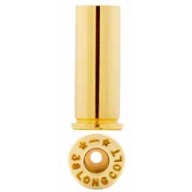 By Bruce J. on Jan 19, 2020
I usually buy 4 or 5 boxes of the 148 gr HBWC each year. The last bunch I bought left a lot to be desired. Previously the bullets were in separate bags in the boxes. Now they are dumped into tbe box. Previously the lube on the bullets was done perfectly. The lube in the most recent boxes was carelessly applied or perhaps just dumped into each box of bullets and tumbled around a bit. Many of the bullets had lube piled up on them to the extent that the lube had to be removed with a sharp knife before the bullet could be seated in the case. Noting the poor quality control, I decided to inventory the last box I opened, and found it four bullets short. Previously I could count on there being exactly 251 bullets in each box of 250. Clearly something has changed at Hornady.

By Salin D. on Aug 30, 2018
Not only are these superbly accurate, they also make great training loads for sure right!